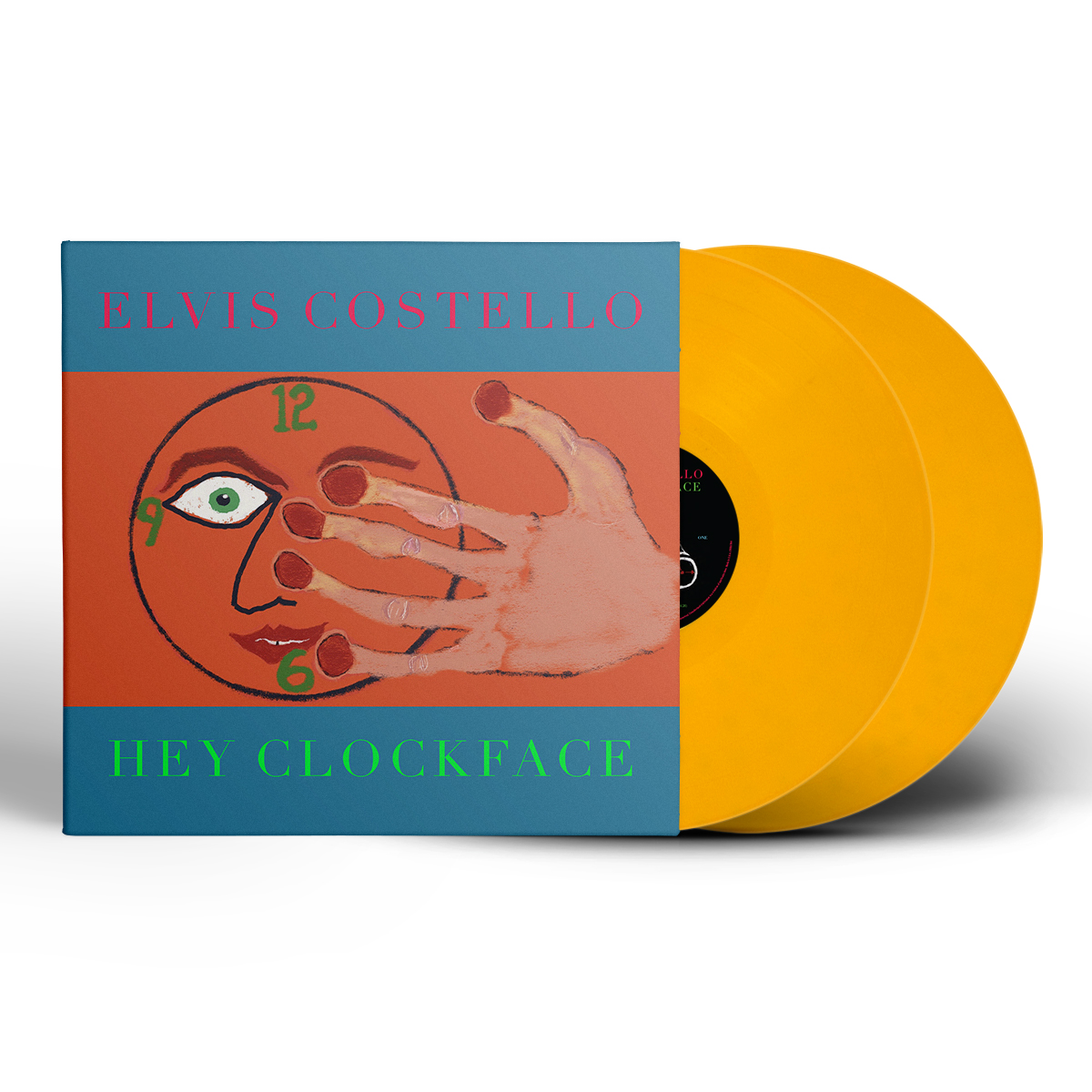 
- SIGNED or unsigned Hey Clockface Opaque Yellow gatefold vinyl 2xLP. The Opaque Yellow 2xLP vinyl edition is limited to 350 units, and exclusive to eliviscostello.com. Manufactured at Third Man Pressing in Detroit.
- Optional: “No Flag” 7” splatter vinyl with non-album, exclusive b-side “I Wish It Would Rain.” The “No Flag” 7” is white vinyl, splattered with black and limited to 300 copies. Manufactured at Third Man Pressing in Detroit.
- Optional - Hey Clockface turntable mat, top of the line 16-ounce felt, and custom printed dye sublimation.
- Hey Clockface album download delivered October 30, plus all instant grat tracks.
- Estimated delivery date: November 13. Please Note: All Hey Clockface vinyl variants have been pushed back due to delays with the manufacturer. Orders with vinyl will now ship on or around Nov. 13 .